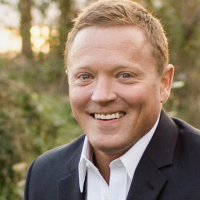 Even as the market share of first-time buyers continued to inch up, overall sales of existing homes declined in August.  The National Association of Realtors® (NAR) said today that total existing home sales fell 4.8 percent to a to a seasonally adjusted annual rate of 5.31 million units in August from a slight downward revision of 5.58 million in July.  The dip came on the heels of three straight months of increases and despite slowing price growth. Existing home sales are completed transactions that include single family homes, townhomes, condominiums, and co-ops.  While August sales were down, NAR notes that sales have now risen year-over-year for 11 consecutive months with August 2015 sales registering a 6.2 percent gain from a year earlier when sales were at a 5.0 million rate.

Lawrence Yun, NAR chief economist, says home sales in August lost some momentum to close out the summer. "Sales activity was down in many parts of the country last month - especially in the South and West - as the persistent summer theme of tight inventory levels likely deterred some buyers," he said. "The good news for the housing market is that price appreciation the last two months has started to moderate from the unhealthier rate of growth seen earlier this year."

Existing home inventories gained a bit of ground; rising 1.3 percent to 2.29 million homes, a 5.2 month supply compared to 4.9 months in July.  The current inventory is 1.7 percent lower than in August 2014.

"With sales and overall demand higher than a year ago and supply mostly unchanged, low inventories will likely continue to limit options for those looking to buy this fall even with the overall pool of buyers shrinking because of seasonal factors," adds Yun.

Distressed sales, foreclosures and short sales, remained at a 7 percent in August for the second month, matching the lowest share since NAR began tracking in October 2008, Five percent of sales were foreclosures that sold at an average discount of 18 percent below market value and 2 percent were short sales, averaging discounts of 12 percent

Yun says when the Federal Reserve finally decides to left short-term interest rates he doesn't expect a pronounced impact on mortgage rates or overall housing demand.  "With job growth holding steady, prospective buyers can handle any gradual rise in mortgage rates - especially if today's stronger labor market finally leads to a boost in wages and homebuilding accelerates to alleviate supply shortages and slow price growth in some markets," he said.

According to a NAR survey of its Realtor members conducted in August, more than 80 percent of respondents indicated they had taken some sort of training (webinar, class, etc.) to prepare for the October implementation of the TILA-RESPA Integrated Disclosure rule (TRID). NAR President Christ Polychron said "As the ruling goes into effect next month, communication is crucial between all parties involved in a real estate transaction to ensure consumers get to closing seamlessly and without delay. NAR will monitor the progress of the rule in the weeks ahead and will share any concerns that arise as part of our continued partnership with the Consumer Financial Protection Bureau."

None of the four major regions experienced existing home sale increases in August.  Sales in the Northeast were at an annual rate of 700,000, unchanged from July and 6.1 percent above a year ago. The median price in the Northeast was $271,600, annual appreciation of 2.4 percent.

In the Midwest sales declined 1.5 percent to a rate of 1.28 million but remain 5.8 percent above the previous August. The median price in the Midwest was $181,100, up 4.0 percent from a year earlier.